Raised in Priceville, AL, Dr. Grantland graduated from Wallace State Community College in 2003 with an Associate Degree. In 2005 he received his Bachelor’s Degree in Animal Science from Auburn University and then went on to Vet school. Dr. Grantland earned his Degree in Veterinary Medicine in 2009 from Auburn University College of Veterinary Medicine. After graduating, he moved to Monett, MO to work as associate Veterinarian in a mixed animal practice with 6 other veterinarians. It was a very large, busy practice, but Dr. Grantland worked predominately on large animals.

In November of 2009, Dr. Grantland met his now wife, Heather. They were wed in October of 2013 and moved back to Alabama in August of 2014 to take over Athens Animal Hospital from Dr. Jack Goodman. Soon thereafter Dr. and Mrs. Grantland gave birth to their handsome son James Henry Grantland in October of 2014 and now have a beautiful daughter named Elenor. Dr. Grantland’s goals for this practice is to provide quality medical care to companion pets and livestock. He and Mrs. Grantland also want to be active in the community and in schools, as well as raise a growing family here. 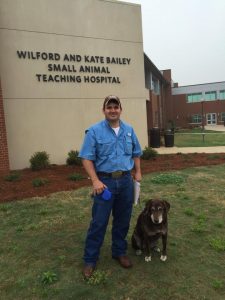 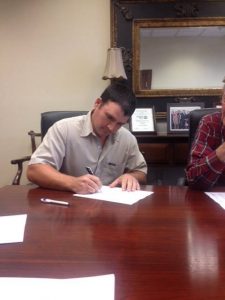 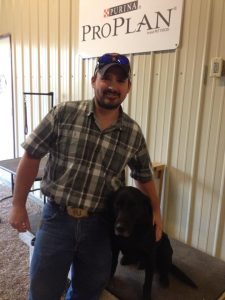